Here’s are a couple of great photos from the Feb 26th Holocaust Museum event & from the recognition ceremony for our newest Ad Altere Dei recipients at Holy Name Cathedral in Chicago . Click READ MORE below.

END_OF_DOCUMENT_TOKEN_TO_BE_REPLACED 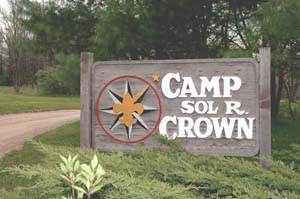 This month, we head to one of our Council camps.  Camp Crown, near Wilmot, Wisconsin is a favorite spot.  We’ll work on camping skills, both basic and advanced during the weekend of March 17-19.

Grab the permission slip, fill it out and have your parent sign it, then bring it to the March 13 troop meeting.  You will also need $15 in cash to pay for your food.  Two members of each patrol will do the shopping – be prepared to volunteer! 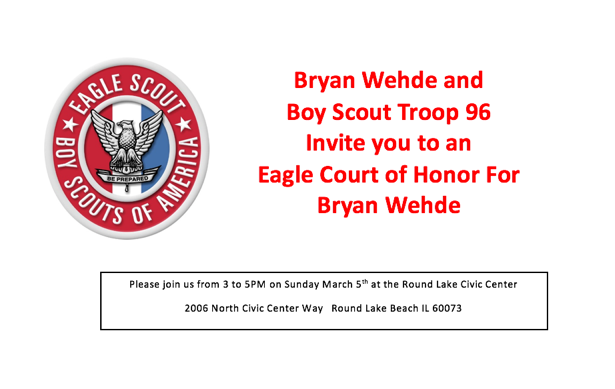 A 21-and-over gathering (which is a non-scouting activity) is planned on the evening of March 11 to honor the service of Scoutmaster Pat Klemens.

Anyone can use this link below to respond with a message to Pat, see the details of the event, or RSVP for the event.

Note: The link below will leave the troop 96 website:   http://tinyurl.com/HonorPatKlemens

Every one should bring a treat or a drink. 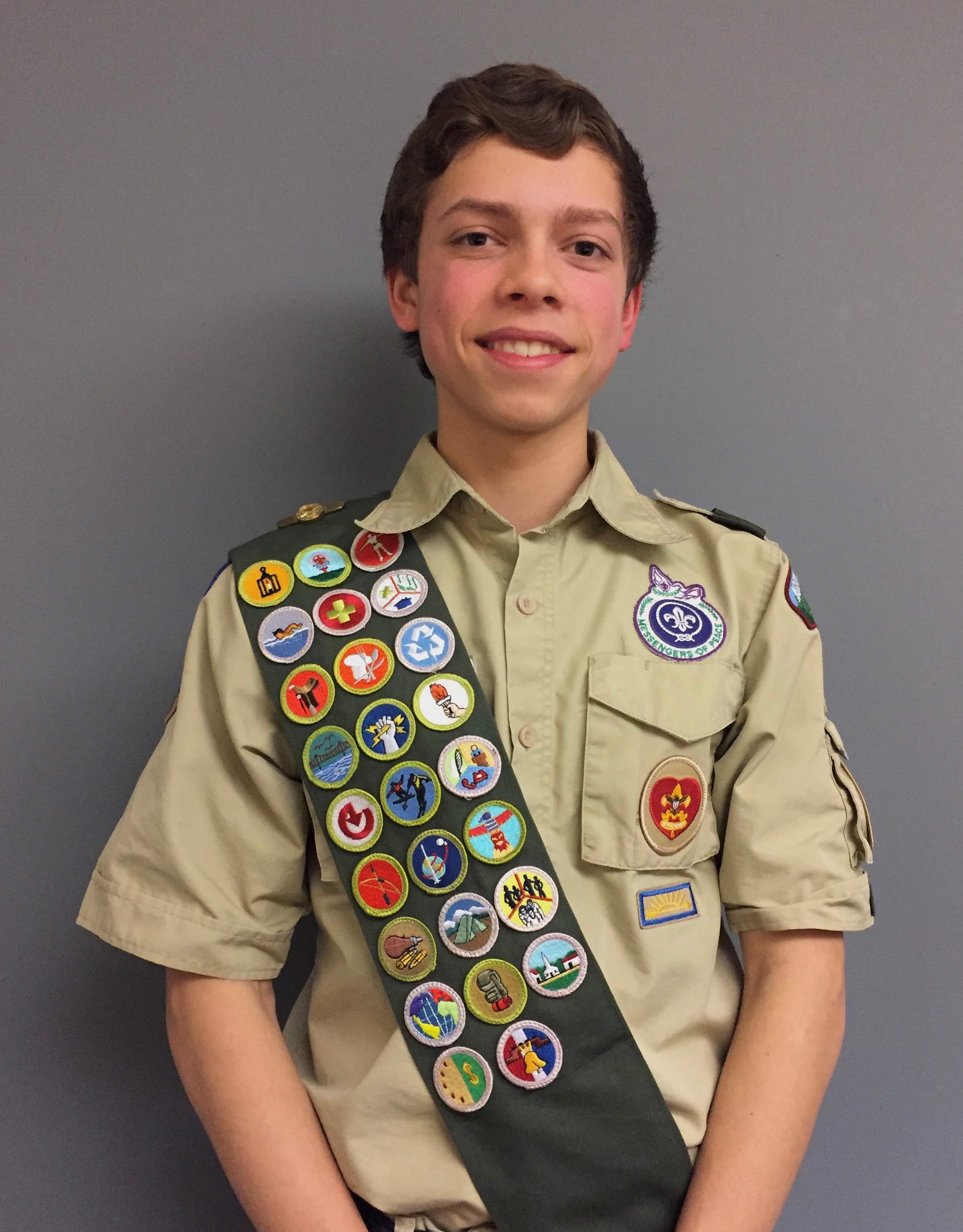 On February 9, the North Star District Advancement Committee met for Alex K’s Eagle Scout Board of Review.  The Board reviewed his Merit Badges and rank records as well as his Leadership Project. They also conducted detailed interviews of Mr. Klemens and Alex himself.

At the conclusion of the thorough review, the Board unanimously approved Alex’s application for Eagle Scout.  Alex becomes the 75th Eagle Scout in Troop 96 since 1998.

Congratulations, Alex!  We look forward to celebrating with you at your Court of Honor later this year!

This month, the Troop heads to Wisconsin for our traditional Skiing and Tubing trip at the Sunburst Winter Sports Park near Kewaskum, Wisconsin.  We’ll camp on Friday and Saturday in cabins at the Indian Mounds Scout Reservation in Oconomowoc, Wis just west of Milwaukee.

On Saturday, the troop will take to the hills from 10 AM to 1 PM.  Scouts must choose between skiing, snowboarding or tubing.  Each has their own costs, equipment and waiver forms.

To participate, each Scout will need to bring the following on Feb 13th, depending on their choices:

1. The Troop’s Permission Slip.  Get it HERE

3. The appropriate waiver form for your activity (See Below).

4. The fees for your chosen activity, as follows:

No Helmet is required for Tubing. Scouts may bring their own equipment and helmets for skiing and snowboarding. The lesson is available for those going out for the first time but otherwise is not required.

There are two kinds of waivers: Release and No Release.  (“No Release” Waivers cost extra and could be considered ‘insurance.’) 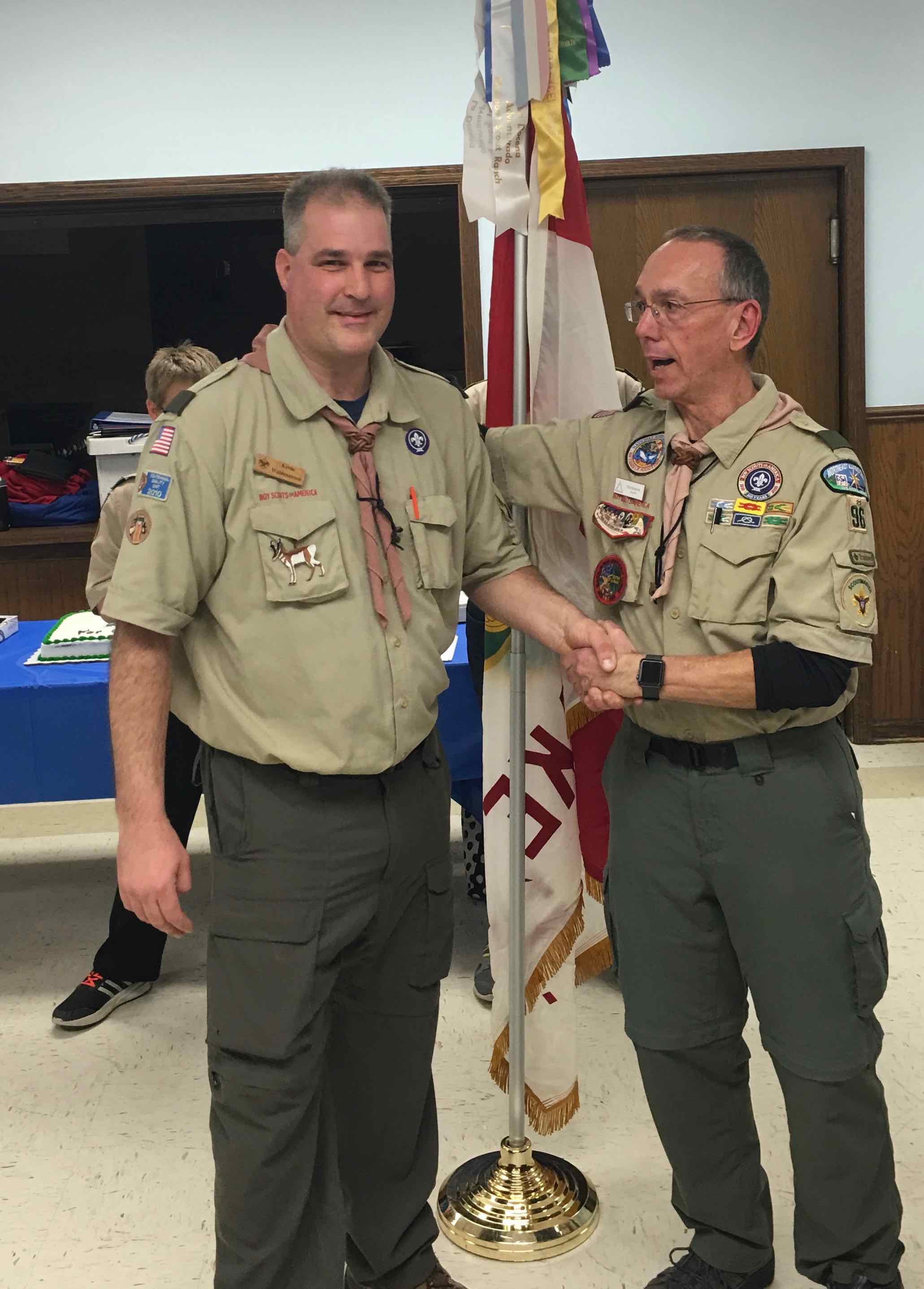 Mr. Waldenstrom is fully trained (in fact, he received his Wood Badge beads last week).  He’s been an Assistant Scoutmaster for the last few years and is anxious to support the Scouts of Troop 96.

Thanks for stepping up!  Without strong leaders and parental support, the troop cannot provide Scouting to our young men.  Congratulations to Mr. Waldenstrom!