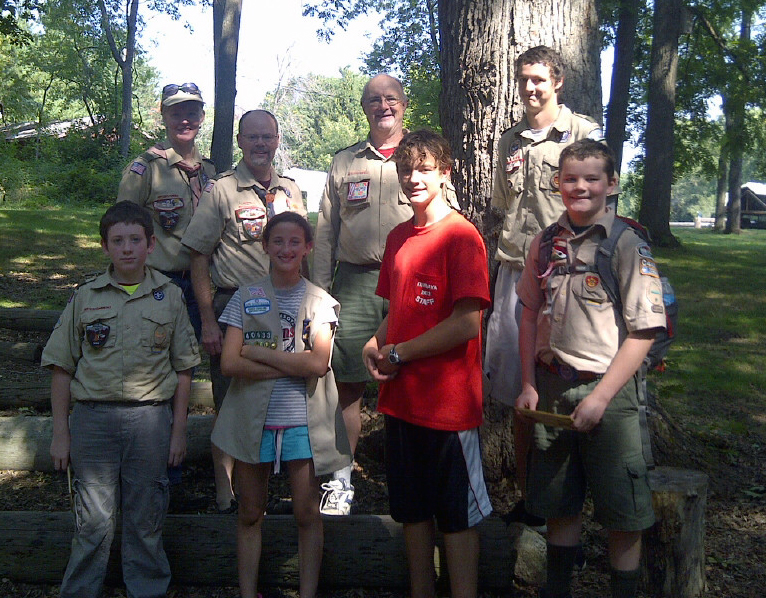 Photo credit: Mr. Klett showing the T96 family scouters who camped and or staffed the event.

In September, we are traveling north into the Dairy State for a great weekend of camping and climbing.  We will be staying at Mirror Lake State Park (near Baraboo, WI) and driving to Devil’s Lake State Park on Saturday for climbing.  The PLC has planned a series of troop meetings to help get ready for this outing. 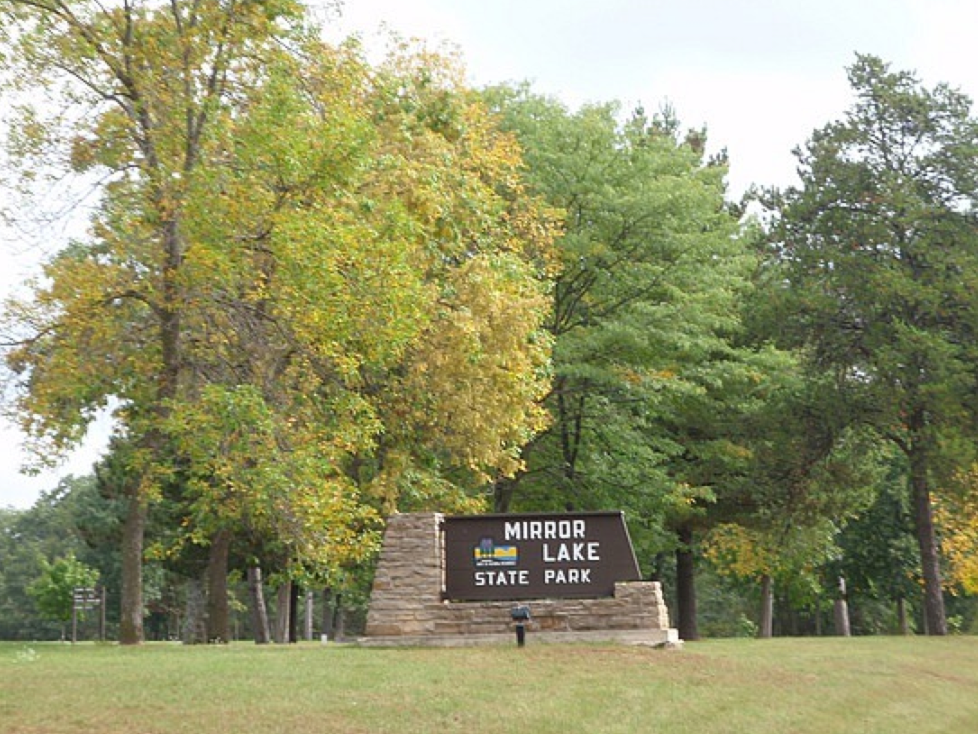 We set a new Troop record: for the months of June, July and August, we have seen nearly 1000 nights of camping by members of our troop.  If you include everyone who went on our Big Trip, attended Ma-Ka-Ja-Wan, participated in the National Jamboree, camped at Rock Cut in August, were trained at NYLT, is going to Wood Badge or Kumbaya, we are at about 972 total nights!  Wow!  While some troops take the summer off, we do just the opposite.  We really cranked it up!

During September and October, all Scouts and Adult Leaders will be able to enroll for another year of great Scouting with Troop 96.

Families with two or more boys, pay $39 $30 for the second son if they want to share the Boy’s Life subscription.  Payment by check is preferred and checks can be made out to Troop 96 or payment may be taken from the boys’ Scout Accounts

Fees can be paid ANY Monday from September 8 until October 28, 2013

END_OF_DOCUMENT_TOKEN_TO_BE_REPLACED 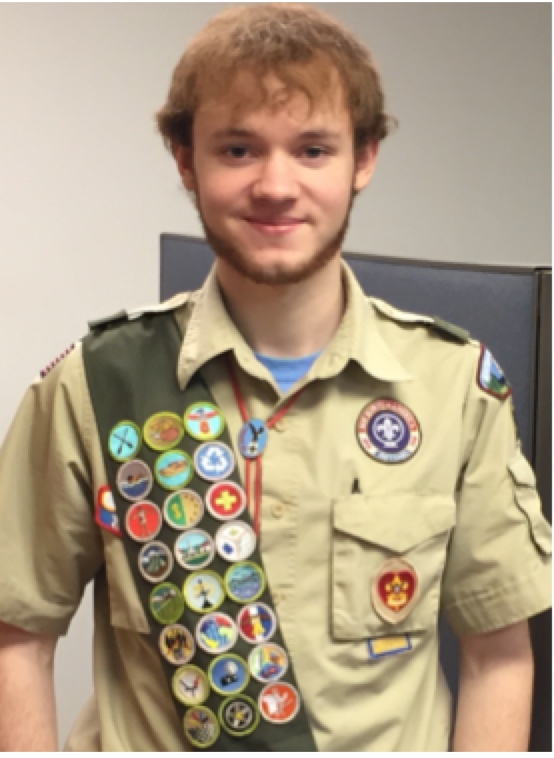 Chris Judge completed his Eagle Scout Board of Review on February 3.  The Eagle Board of Review examined his credentials and conducted a comprehensive interview.  After a very thorough discussion, the Board unanimously agreed and awarded Scouting’s highest rank.

Well done, Chris!  Congratulations.  We look forward to celebrating with you at your Eagle Scout Court of Honor.

Showers should be ending before we meet.  Plan for a cool evening at the beach.

This weekend we are traveling to Rock Cut State Park near Rockford, Ill.  We will be camping at the Pierce Lake Youth Campground.  We have extra special Troop 96 Weather in store so we’ll spend Saturday enjoying watersport activites including swimming, fishing and boating.  Scouts may bring their personal watercraft and PFDs (canoes and kayaks) if they can transport them.  All water activities require the Scout to have demonstrated a BSA Swimmer rating during 2013.  ALso, there is a $3 charge (not $2 as emailed) for swimming at the beach.  On Saturday afternoon, we invite Scout families to join us at the park for an outdoor dinner and evening campfire.  If you do join us, please consider bringing a dish to pass.  Use the Route 173 entrance to get to Pierce Lake.